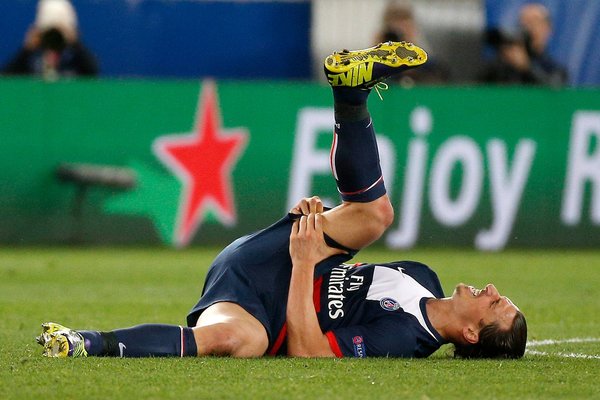 Hamstrings injuries are a plague in football (or soccer for our American friends). Science and technology continue to evolve, but surprisingly hamstrings injuries increased around 4% since 2001 (Ekstrand, 2016). So what’s happening?

It’s a fact that football matches’ demands have increased over the years (Barnes et al., 2014). It can be argued that more intensity leads to greater injury risk, and research supports that. However, are we meeting those greater demands during practices along the week?

Small-sided games are a very common approach during football practices. This approach promotes more intensity during playing actions, specific energy systems development and decision-making improvements. Due to the nature of the drills, mainly related with SSG’s dimensions and rules, the number of high-intensity accelerations and decelerations increases, which is crucial during a football match.

Although SSG’s are a great tool for football practices, it’s not enough to enhance performance neither to reduce the likelihood of injury. Despite the number of accelerations and decelerations, it does not allow a significant exposure to very-high speed efforts (>7 m/s). Since players can sprint (> 6,66 m/s) up to a total average of 237 meters during a football match (Andrzejewski, 2013), if they don’t accumulate high chronic sprinting loads (last 28 days rolling average), they are more prone to “peaks” in acute sprinting loads during matches, which will ultimately lead them to increased likelihood of injury, especially hamstrings injuries (Malone et al., 2016).

Although hamstrings injuries are largely related with strength deficits and assimetries, poor lumbopelvic control and other modifiable and non-modifiable intrinsic and extrinsic factors, inadequate exposure to training loads will always lead to injury.

If your team is having a hamstrings injuries’ plague, check if they have high chronic sprinting loads and enough exposure to very-high intensity efforts (>7 m/s) during practices before you start judging your medical staff or your team’s bad luck!

One of the things I truly enjoy to do: sharing information makes us grow both as a person and professional. 📸 @bwizer @laboratorioonze . . . . #strengthandconditioning #physiotherapy #training #rehab #performance #strength #power #plyometrics #jump #force #athletics
Optimal and efficient movement is context, task and athlete dependent. There are subtle differences and nuances in movement expression between athletes. However, quoting @danpfaff and @fingermash, human body is always subject to biomechanical truths. When we compare the fastest and most powerful athletes on Earth, even from different sports and events, there are more key commonalities than differences. Know the rules before you can break them. . 📸 @8ffonseca . . . . . #football #soccer #speed #sprint #jump #plyometrics #training
Elite sports is far from being a controlled environment where all the variables surrounding the athlete and training program can be predicted beforehand. Pains, aches, injuries and other stressors are part of the game at a high level. At least for now, it is not possible to predict or prevent injuries - although we may largely modify the risk through smart planning and programming, teamwork and communication within the sports medicine/performance/coaching staff and proper lifestyle management. In a CHAOTIC environment such as the REAL WORLD, we need to be prepared with plan B,C,D..Z just in case we come across one of those limiting factors previously mentioned that may inhibit sticking to the original plan. Injury and pain must not be an excuse to stop training. Missed training sessions across a season are closely correlated with lack of competitive success, mainly due to detraining factors. Instead injury should be seen as an opportunity to change, and training should remain consistent over the Return to Play process. I’ll share one personal mistake early on during my career that made me change my approach to sports injuries. Male handball player, post-ACL reconstruction. We did a great job making him stronger, faster and more resilient overall (not only his injured knee) and 8 months later, he had all the criteria-list checked to return to team’s practice. One week after resuming handball practice, he visited physio due to shoulder pain. Initially I found it strange - we was stronger than ever in his upper body, with good numbers on bench press, chin up, etc, with more stability and mobility, so what went wrong?! Long story short: although he was fitter on a general sense, he stopped throwing balls for 7 months. We missed an important piece of making plan B (training around injury and rehab) as close as possible to plan A (playing handball). No gym exercise can replicate the demands of a throw, sprint or kicking. He was simply not prepared for the demands of HIS sport. Bridging the Gap between Rehab and Performance is all about keeping plan B as close as possible to plan A, in order to return to play as fast, safe and prepared as possible.
General, special and specific training resources and progressions for triple jump. @susanacostaoficial dropping some bombs during the preparation for the upcoming season 2020 🔜💣 @thepeak.pt . . . . #trackandfield #athletics #triplejump #sprint #jump #strength #power #plyometrics
I had the great opportunity to be one of the speakers during the 5th Polish Strength and Conditioning Association Annual Conference 2019, which is one of the most attended and biggest conferences in Eastern Europe within Strength and Conditioning, Sports Science and Athletic Performance areas. Thank you @coachbartb and remaining crew for the invitation and congratulations for the amazing event! . Some lecturers and professionals present at the conference: Prof. Ian Jeffreys, @mikeyoungphd, Peter Currell, @jpnsatok, @coachmviola, @mickstierli, Michael McGurn, amongst several other great professionals. . Due to the number of requests I received after the conference, I decided to make available the slides and resources of my two presentations entitled “Return to Performance: What, Why, How & When?” and “Skills vs. Capacities: Implications for Athletic Performance”. . LINK IN BIO FOR DOWNLOAD . . . . @teampstm @thepeak.pt
@thepeak.pt, not the sky, is the limit.